How to Find Fake Notes 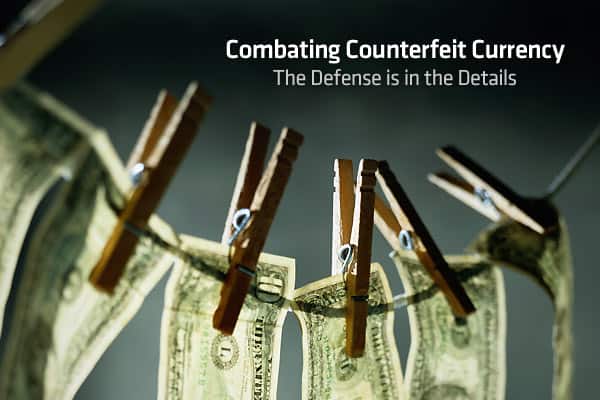 Currency counterfeiting is a crime that continuously poses a threat to a country’s economy and is a source of financial loss to its citizens. Some of the ill effects that counterfeit money has on society are a reduction in the value of real money; an increase in prices (inflation) due to more money getting circulated in the economy – an unauthorised artificial increase in the money supply; a decrease in the acceptability of paper money; and losses, when traders are not reimbursed for counterfeit money detected by banks, even if it is confiscated.

At the same time, in countries where paper money is a small fraction of the total money in circulation, the macroeconomic effects of counterfeiting of currency may not be significant. The microeconomic effects, such as confidence in currency, however, may be large.

Failure to take significant action in combating counterfeiting can lead to uninsurable risk, which has a harmful effect on the reputation and functioning of a country’s central bank. Legislation in South Africa is being examined with a view to effecting improvements. There are, at present, two statutes in South Africa that regulate the counterfeiting of currency. Both Acts provide for punitive measures amounting to imprisonment for a period not exceeding fifteen years.

How to identify counterfeit notes

There are 3 methods for identifying counterfeit notes:

Most money counting machines have built-in counterfeit detection. The level of detection differs from product to product, but common features include; ultraviolet, magnetic thread, and size detection.

South African big 5 series notes (new Mandela notes do not glow under a UV light) have multi-coloured fluorescent markings that can be seen when the note is placed under a UV light. Unfortunately, many of the counterfeit notes that have been circulated recently in South Africa have had ultraviolet markings, and therefore, products that only have UV detection will not register as counterfeit.

The note is scanned during the counting process to ensure that there are magnetic properties to the paper. This is one of the most reliable security features for South African currency as it is very difficult for counterfeiters to copy. When looking for a money counting machine, it is highly recommended that you choose a product with the magnetic (MG) function.

Installing a desktop counterfeit detector at the point of sale can be a cost-effective counterfeit detection method. Beware of relying on UV detectors because they are in no way completely accurate, as many counterfeit notes in South Africa have UV markings, so will appear real under the fluorescent light. Some ultraviolet counterfeit detectors also have a magnetic (MG) identification feature; this is far more reliable and highly recommended as it is difficult for counterfeiters to copy. PLEASE NOTE: THE NEW MANDELA NOTE SERIES DOES NOT GLOW UNDER A UV LIGHT.

To view the full security and design features to look out for, view the South African Reserve Bank’s easy-to-use guide.

AVANSA on The Money Show 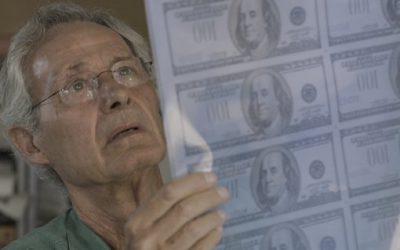 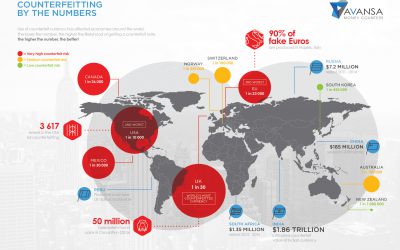